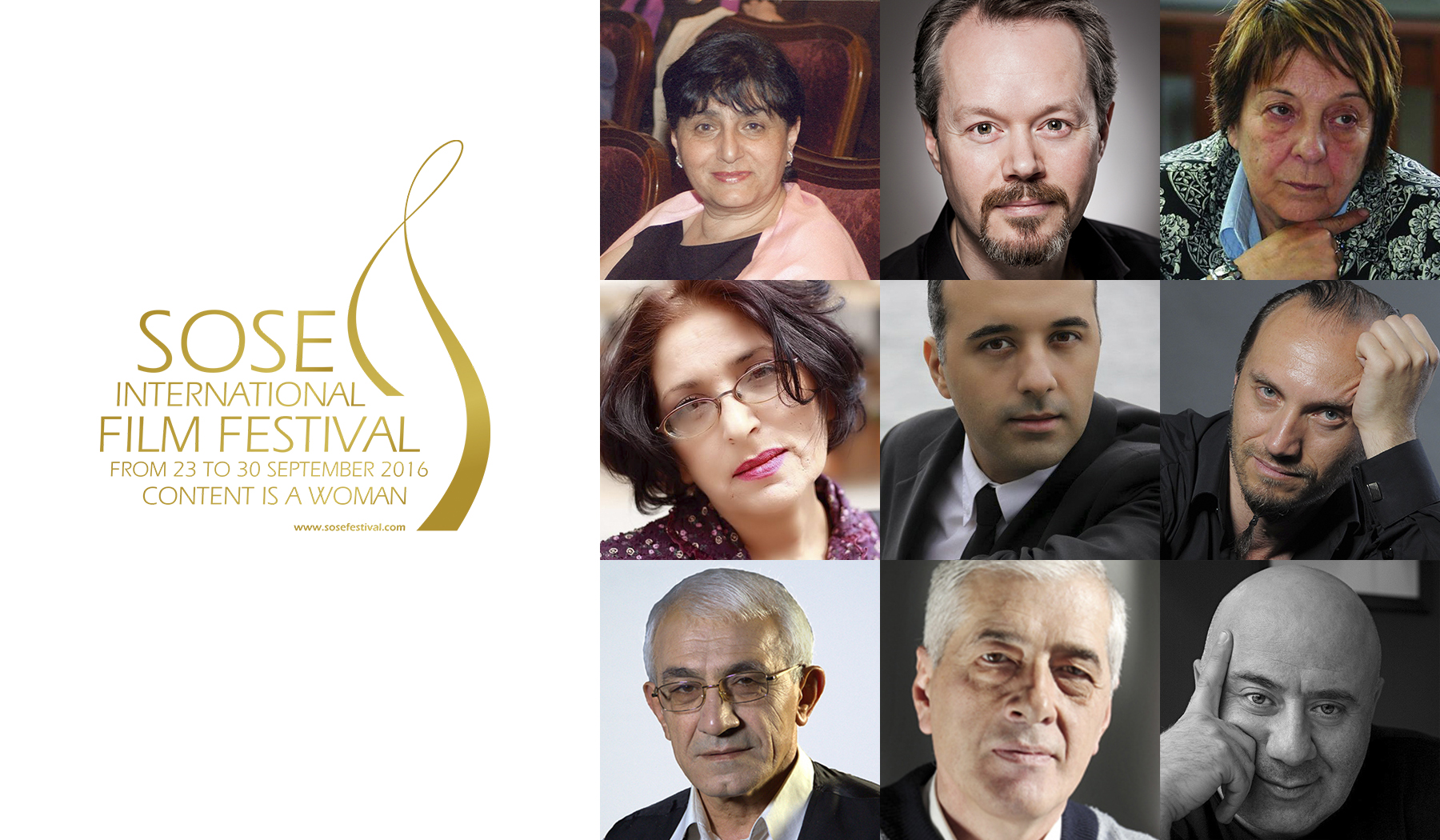 Film critic, professor, the member of the Filmmakers Union of Armenia, member of the Film Critics and Film Journalists Association of Armenia. From 1973 to 1989 worked in the Department of Cinematographers Union of Armenia as president of the creative branches. From 1977 taught in the film and television chair of the cultural department at the Pedagogical Institute after K. Abovyan. From 1996 has been teaching at the Yerevan State Institute of Theatre and Cinematography. From 2000 has been the head of the film critics’ studio at the same institute. Is the author of articles and books about cinematography and television. In 2006 was appointed vice chancellor of academics at the Yerevan State Institute of Theatre and Cinematography.

Vapcarova is the author of 52 documentaries, 3 feature films and 5 books. Has worked with various international film companies and festivals; received many awards in European countries. She also has active community participation.

Born on February 22, 1962. In 1983 graduated from the acting department of Yerevan State Institute of Fine Arts and Theatre. Starting from 1979 has starred in numerous TV shows and films. Has worked in Experimental, National, Metro, Musical Chamber and Goy theatres of Yerevan. She is an author of journalistic works and a composer-singer of many songs. Has received a Union of Theater Figures diploma for best female role in 1989. In 1990 she became a laureate of the Theatre of the Absurd festival taking place in Yugoslavia. She was awarded a gold medal of the Ministry of Culture of Armenia. In 2012, she was granted an “Artavazd” award of the Union of Theater Figures in the nomination “Best female character role”, as well as a title of an honoured artist of RA.

manuals and two monographs): “Georgian Cinema”, “The History of World Cinema. Silent Movie”, “Western – History and Cinema”, “The Film World of Akira Kurosawa” and “History of the World Cinema. 1930-1960-ies”, as well as 40 scientific articles in the Georgian and foreign periodical press.

Is the member of Georgian Cinematographers’ Union, participated in international conferences, was a jury member of several international film festivals, over the years was the author and host of TV programs on various TV channels of Georgia: “Through the Eyes of Documentary Filmmaker”, “Illusion”, “Old Film Classics”, “Oscar” on our screen”.

As an actor, he has appeared in the television dramas ‘Austin’ and ‘Pobol y Cwm’, and on film in ‘Man on the Moon’ and ’The Little Prince’, as well as many stage appearances. His songs have been used on the soundtracks of films including ‘The Shadow Behind You’, ‘Closure’ and ‘Bodhisattva’.

At the age of 24, Farid Dms Debah founded his “DMS DEBAH Films” feature films production company and decided to devote his life to cinematography. He is the director of a number of full-length and short-length, animated films, commercials, as well as producer of music videos. He is a laureate of some international festivals and a jury member in others.

In 1991 founded the “Triangle” studio-theatre. In 1992 was invited to the National Theatre of Yerevan as an actor and stage director, where he was headmaster from 2000 to 2003. Since 2006 he is the head of the State Chamber Theatre of Yerevan. Has played more than 60 roles in a number of plays. Has participated in many international and republican theatre festivals as a director and international jury member. Has worked as an actor at the National Theatre and the Theatre after H. Malyan. From 1988 has been teaching at the Yerevan State Institute of Theatre and Cinematography as a professor in the directing and acting mastery chair. Has received the “Artavazd” award of the Theatre Workers Union of Armenia in the “Best actor” nomination for three times. In 2008 was titled as an honoured artist of Armenia.

Born in 1970; graduated from the Theatre and Cinematography department of the Academy of Fine Arts of Moscow; has a PhD degree. Durbala has worked with a number of international film companies, wrote the scenario of two feature films. “What a Wonderful World” is his first work, which was screened in the Warsaw film festival.

Studied at the studio attached to the Academic Theatre after Gabriel Sundukyan. Afterwards, was admitted to the course run by people’s artist of USSR, Khoren Abrahamyan. As an actor worked at the Academic Theatre after Gabriel Sudukyan, the Experimental Theatre of Yerevan, and the Yerevan State Youth Theatre. From 1985 to 1990 took part in a number of television and radio performances. Is the author of many programmes on Armenian television, as well as many films.