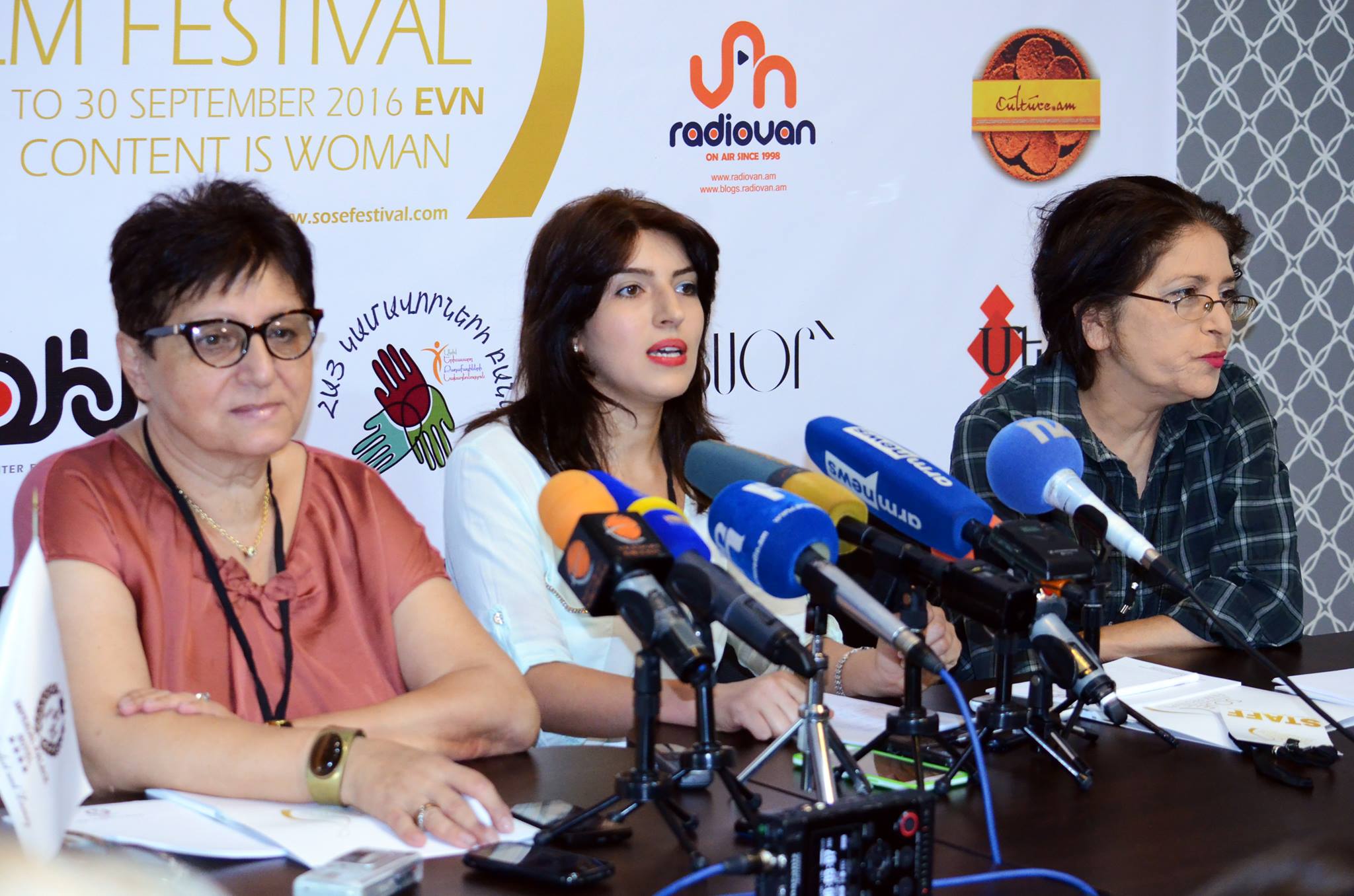 The jury of “Sose” film festival is announced. The jury team consisting of nine people was presented during today’s press conference. The speakers were the festival’s president Rita Khalatyan, jury members – film critic Aneta Yerznkyan and actress Karine Janjughazyan. They presented the mission of the film festival, the movie-list, the jury team, the planned events and some other things.

This year “Sose” will be held September 23-30. Throughout those days film lovers will be shown 104 competing films from 38 countries. Out of 336 films sent from 61 countries films were chosen by filmmaker Anna Bayatyan (Armenia), filmmaker and producer Lyubo Yonchev (Bulgaria), and film critic Marisia Belska (Poland).

Speaking of the chosen films, jury member Karine Janjughazyan noted that she had noticed a common feature, “In all the films I see a characteristic which saddens me. Almost everywhere women appear as despondent; in all the films there is absolute loneliness and a scream of despair. I really felt an internal necessity for broader layers of the society to participate and watch these films.”

Film critic, professor, jury member Aneta Yerznkyan especially liked the diversity of the films, “The international format is obligatory, and is a sign of the fact that the festival is not standing still, but is developing. I hope the festival will be long-lasting, and we will be able to witness interesting discoveries.”

The films included in “Sose” film festival’s competition programme will be shown at different cinemas and cultural centers of Yerevan. film screenings in Gyumri are planned as well.