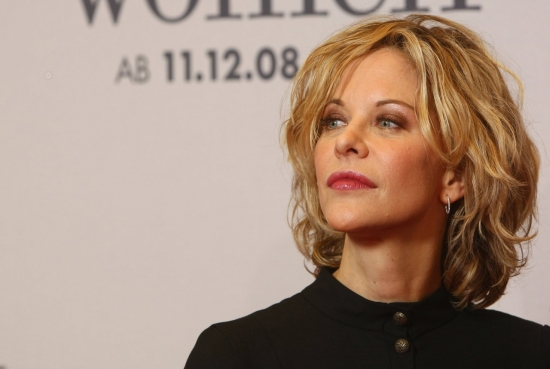 This year at the Sonoma International Film Festival (SIFF) in Northern California, Meg Ryan will be honored with a Sonoma Salute Award for her directorial debut film called Ithaca, based on Armenian American William Saroyan’s novel titled The Human Comedy.

Based on Pulitzer Prize-winning author William Saroyan’s 1943 novel, Ithaca centers around the fictional town of Ithaca, California during World War II. It is a story about 14-year-old Homer Macauley, who is determined to be the best and fastest bicycle telegraph messenger anyone has ever seen. His older brother has gone to war, leaving Homer to look after his widowed mother, his older sister, and his 4-year-old brother. The Human Comedy is based on Saroyan’s personal life, growing up in Fresno with his siblings and his mother.

Ryan was inspired to film this movie when she read The Human Comedy while going through her divorce with Dennis Quaid, when her son Jack – who is also cast in the movie – was 8. “I kept thinking, ‘How do you become a man? I mean is he going to be all right?’ And I remember reading all kinds of things, and I got to this book, and it’s about so many things…there was so many great ideas inside of it,” she said in an interview with Deadline.

The film Ithaca was initially released on October 23, 2015, starring Meg Ryan, Tom Hanks, Sam Shepard, and Jack Quaid. The Human Comedy had previously been made into a film in 1943 with actor Mickey Rooney. That year, Saroyan won the Academy Award for Best Story for this film.