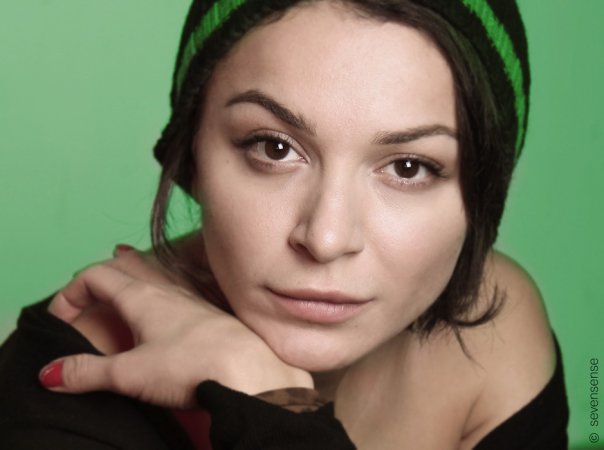 Laura was born in Moscow, Russia, in a familly of a Distinguished film director, whose works (movies, including the trilogy ELUSIVE AVENGERS) are considered classics of russian cinematography.

Due to parents’ business involvement has travelled a lot in her childhood an teenages. Spent 4 yaers in India (from the age of 6 to 10), where studied in an international school among american and australian children. Therefore familiar with the language quite well and without any dominating accent. Also studied French and is fast and verisimilar in imitating any accent if one needed.

Brought up by a number of professional movie-makers and lovers, and luckily surrounded by outstanding people, craving for self-development and experiment, she wouldn’t feel quite at ease in the area if not starting a full course of acting from the very beginning on her own.

In 2004 she was auditions for a place at the Shukin Theatre School (Institute), a welknown school, founded by Vahtangov ,-one of the most celedrated and bold students of Stanislavsky- in 1913 (and having won the Venician Biennale award as the world best acting school).

During the 4 years of study she has gained best appraisal of her acting teachers and performed in Shakespeare MACBETH (as lady Macbeth), Chekhov – Experiments, Ferdinand Brukner HEROIC COMEDY (as Madame de Stalle), Schiller MARIA STUART ( as Elizabeth I) and in a number of musical performances successfully released (deliverd) on the stage of Vahtangov theatre (on of the oldest and most distinguished russian theatres since 1921). One of it – БЕРЕГ ЖЕНЩИН-Feminine- is stil performed there now.

Since 2004 has been engaged in a number of television films with welknown russian actors, such as: