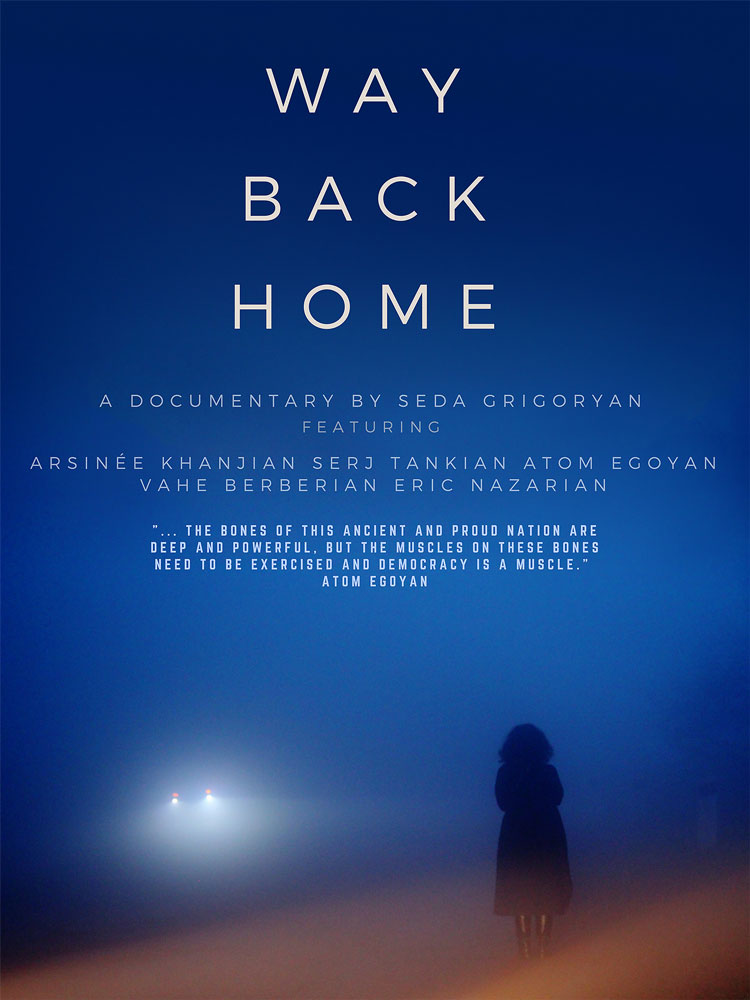 World renowned Diaspora Armenian celebrities filmmaker Atom Egoyan, singer Serj Tankian, actress Arsinee Khanjian, filmmaker Eric Nazarian take on a seemingly political journey for the election observation in Armenia, which uncovers the personal journeys they go through in their search of their respective Armenian identities being born and raised in different countries while having to come to terms with their individual sense of national belonging and civic responsibility towards the homeland. Way Back Home is a road-documentary filmed between March 25 - April 5, 2017 in Armenia.