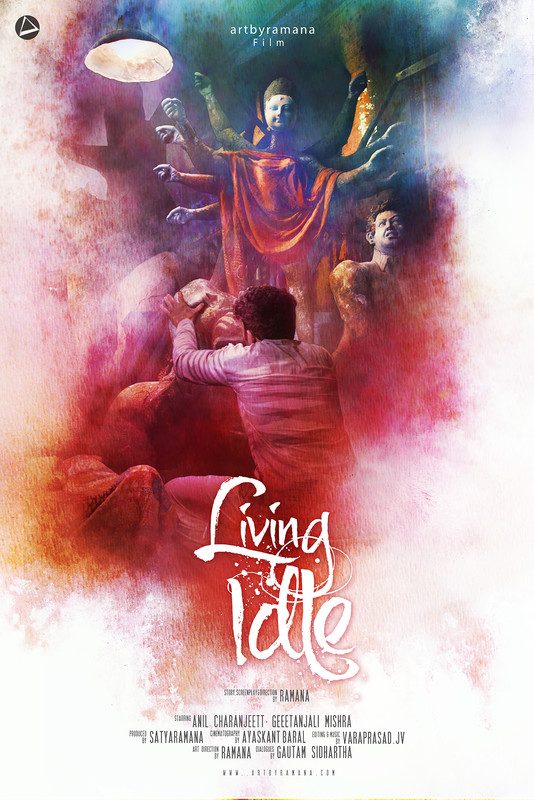 Living Idle Movie Short    Living Idle is a symbolic short film that reflects actions have consequences.   This is the story of an artist - a creative sculptor of idols,  that puts life and colour into clusters of mud and clay.  Ironically, he fails to add colour to his own creation- his world, his family, his child.   The narrative revolves around how a creation of the sculptor- an idol of Goddess Durga punishes him (by rendering him indisposed and idle),  when he crosses all limits of abuse and shows him a life of yearning.  The film concludes with a deep dawn of realisation - of how a single action-  takes away from him his ability to be a prolific sculptor-  that of clay and stone and that of his child's future. The film is embedded with contrasting symbolism, as aptly reflected in its title,  most strongly that of the strength of a woman, of a mother, which is -  representative in Goddess Durga's rendition of 'Good over Evil'.