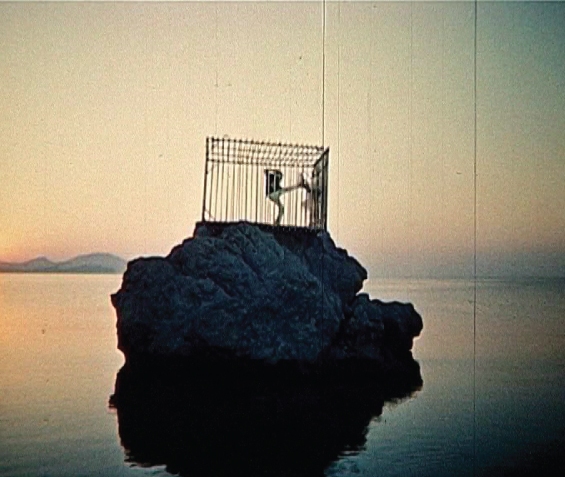 Hey, who is there

"Hey, who is there", feature film shot in Yerevan in 1979. The film is based on William Saroyan's poem. The film tells of a young man and a girl whose love falls to the intolerance of the bourgeois society. The imprisoned boy constantly cries out, "Hey, who is there?" Her voice is heard by a girl with whom she is speaking. Emily Smith tells the boy that people are going to kill him as if for raping a woman. The boy tells that he is a wanderer, the woman wanted him to give her money, and he did not have anything. When Emily goes to pick up a pistol, the wife's husband approaches the cage. The boy tells him that the woman came to meet him herself, then invited him her home, and when he refused to give her money, she made a noise and he was caught. He shoots the boy when he says he has probably learned about his wife's actions and is afraid of his friends. Emily returns, but he can not save the boy.