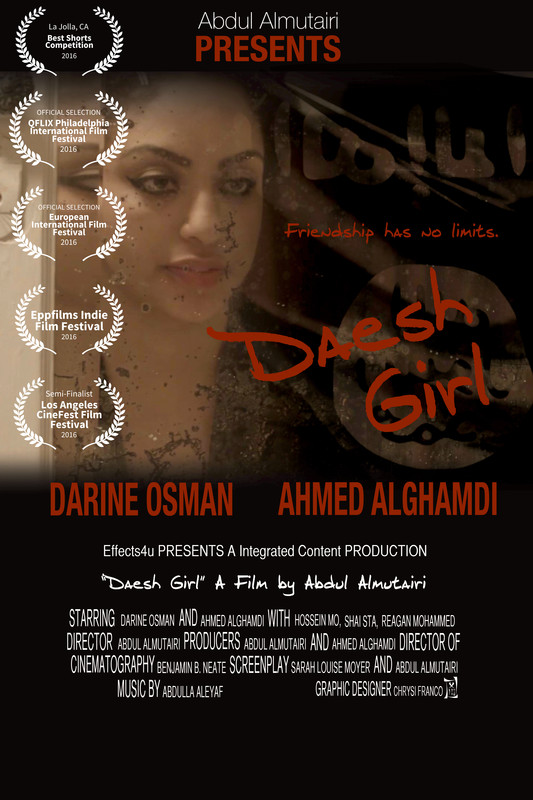 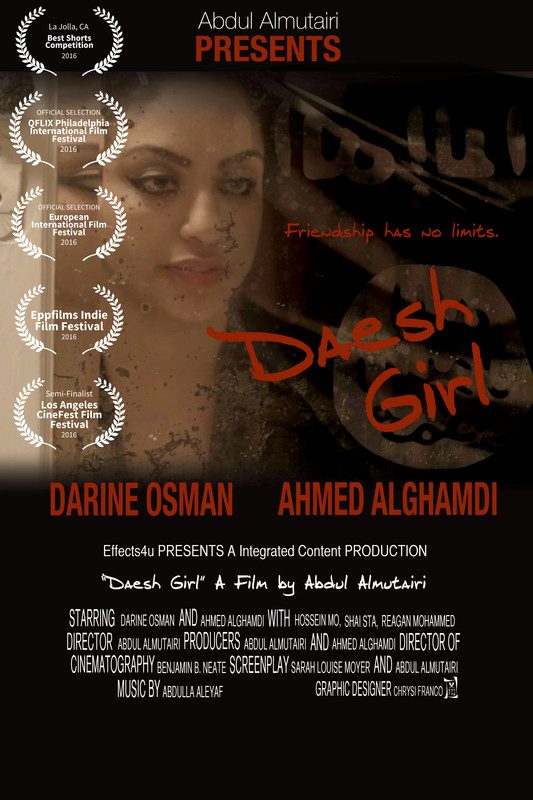 "private screener for festivals programers only" DO NOT SHARE IT PUBLICLY." A short film about middle eastern woman who is pretending to join Daesh but is really on a mission to rescue her friend. Daesh Girl tells the story of Sarah, a young woman drawn into a world of violence and treachery when her friend, Noorah, is abducted by Daesh and forced into servitude. The necessity of freeing Noorah forces Sarah to concoct a desperate scheme which will put her in the greatest possible danger, as she goes undercover to infiltrate one of the world's most ruthless and deadly extremist groups, with the aim of freeing her friend and killing her captors. Daesh girl is a compelling story of love, death, and sacrifice, set against a backdrop of war, hatred, and intolerance, in one of the world's most troubled regions.